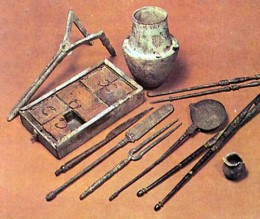 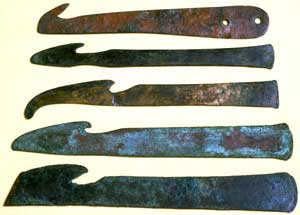 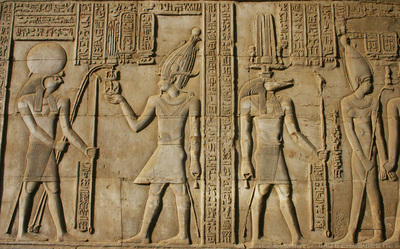 Ancient Egypt was possibly the first civilization to have medical care. With a deep sense of spirituality and religion, much of the medical tools and practices involved the cleansing of evil spirits from the body. The combination of holistic medicine, as well as a use of natural herbs and remedies, set the basis for Egyptian medicine and surgery.

Egyptians thought that the heart was the central organ in our body, connected to many tubes throughout the body. This is partially accurate, as veins and arteries are connected to the heart, working as the circulatory system. However, they also thought that the digestive, and endocrine system was connected to the heart. This mindset was a cause for many medical inaccuracies and errors, but it provided Egyptians a fundamental concept about regulatory systems in the body. Egyptians relied heavily on a “channel theory”. Much like irrigation canals they used for farming, the organ routes in the body needed to regularly flow in order to be healthy. If a system was blocked, then the blockage should be removed. Therefore, tools such as clay pipes were used for administering enemas to clear gastrointestinal distress, but other than that, no surgery was done inside the body. The lack of anesthetics, combined with the inept knowledge about human anatomy and physiology, resulted in many medical procedures done externally.

Tools such as forceps, saws, and knives were used in many procedures. Additionally, willow leaves were used in cloth bandages to reduce swelling and inflammatory responses. The most brutal of surgical procedures was the amputation of limbs, without any anesthetic of course. The Egyptians were also remarkably handy with needle and thread. Many mummies are discovered with very neat and even stitches, highly advanced for that time period. However, if the disease or illness of the patient was even remotely life threatening, the doctor would not intervene, but rather let the subject die as peacefully and as painlessly as possible. Incense, as well as balms and oils, were used in medical facilities to mask the odor of the sick and dying.

Tools commonly used by the Greeks and Romans were knives, scalpels, and hooks. Their medicinal practices, although just as unsanitary and primitive, were more invasive than the cautious Egyptians. The scalpels were used in the same ways that they are today, but they were not nearly as sharp, and did not cut as cleanly as they do now. The large scalpels were used to make large incisions, usually across the abdomen, and the smaller ones used for more precise incisions. The hooks especially served several purposes, not only as a means to puncture a part of the body, but a tool to hold up blood vessels, and lift and move tissues. The hooks utilized by Greeks and Romans are still used in modified forms today, like retractors. Additionally, many bone drills and forceps were used. These were hand drills, and were used to remove parts of the skull to access the brain, to either cut out portions in a lobotomy of sorts, or to remove dead tissue from the body. The Greeks and Romans were advancing in knowledge about anatomy, and thus led to an increase in more invasive tools, in an effort to increase knowledge about the inner mechanisms of the human body. 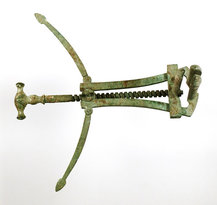 Above: A speculum, used to widen the orifices of the body to allow a medical practitioner to see into the body.

A very important aspect of Indian medicine was spiritual and religious well being. Ailments, mental disorders, and injuries were all suspected to be a product of karma, or God punishing someone for their wrongdoing through an ailment. Nonetheless, the mixture of strong spiritual calamity, as well as physical well being made up the essence of Ancient Indian medicine. Many Indian practices would be considered "alternative medicine" by today's standards, but a few key innovations made by ancient practitioners of medicine would lead to tools still used today. 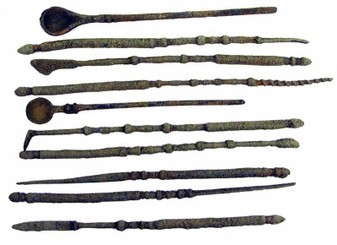 Above: various medical instruments , hypothesized to be between 1500-1600 years old
Powered by